Northstars' Captain turned heads at camp in May

Harris Blackwood has grown up around hockey.  He started skating before he went to school.  His father, Jamie, was an accomplished player in his own right.  The elder Blackwood grew up in Wisconsin, widely regarded as one of America's premier hockey hotbeds.  Hockey is a way of life in the Blackwood house.

The Saint Maria Goretti Senior and Washington County Northstars Senior was offered a USHL tryout as well as a Junior A contract in Canada and a North American Hockey League (Prep Div.) tryout for the 2018-19 season after making a strong showing at the Team USA Development Team Selection Camp in May.   Harris enjoyed much success during the 2017-18 season being selected All State, leading the Maryland Student Hockey League in scoring as well as making in into the Maryland High School Hockey Hall of Fame.

“It is no surprise that the next level is noticing what we have noticed the past couple of years.  I think this is a great next step for him and he has the heart and determination and shot to compete and succeed at the next level," said Northstars Coach Jamie Blackwood.  "He works extremely hard and has given up so much to focus on his hockey dream.  I am very proud of him as his father and as his coach.”

Harris also played for the Ashburn Extreme National Bound 16U who played in the National Championships in 2018.  Harris returns to the Northstars and Extreme U18 AA National Bound teams for his senior year in hopes to improve his game and win a National Championship. He hopes to build his hockey resume and work towards being drafted into the NAHL or USHL for the following season after graduating high school.  Harris said he's been humbled by the offers, and they help him focus on becoming an even better player.

Come cheer on Harris and the Northstars this season!  Their schedule is attached below. 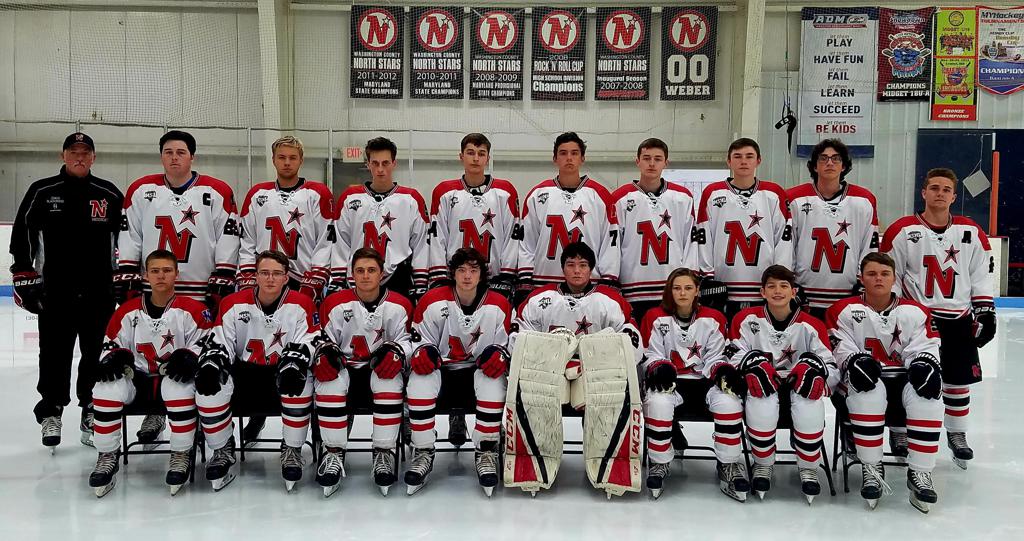