The Hagerstown Hammerheads U12 squad is a group of scrappy hard-working players who play in the Capital Corridor Hockey League (CCHL).  The team consists of players with 2007 and 2008 birth years, including two 2009 birth year females playing up at the 12U level.   The team is comprised of 16 skaters and 2 goaltenders who hail from 4 different states.  Six of the of the players are females; four of whom participate on the Tri City Eagles Girls Chesapeake Bay Hockey League (CBHL) team.  The CCHL boasts balanced and competitive teams at all age groups.

Players on this team have the opportunity to grow and develop their skills at a more gradual pace and allow for a more relaxed and fun-filled experience. Make no mistake, these players play to win, but they also learn good team skills, respect for their opponents, and for the game itself.  This experience has combined the best of both worlds: a fun and fast game, mixed with new friendships and camaraderie!

This season, the 12U Hammerheads have played very well in their division.  They look forward to making a strong showing at the end of the season tournament hosted by the league.  The team currently sits in first place with a record of 8-2.  Their play at their home “barn” at the Hagerstown Ice and Sports Complex has been very strong as they aim to “protect their house."  They are undefeated in home games.  Travel is part of the hockey experience at all levels of play and this team has enjoyed game experiences at College Park, the United States Naval Academy and an outdoor game at the Chevy Chase Country Club.  Before the conclusion of the season this team looks forward to playing at the Giant Center in Hershey.

Congrats on your fantastic start, Hammerheads!  We are proud of your development on the ice and as individuals! 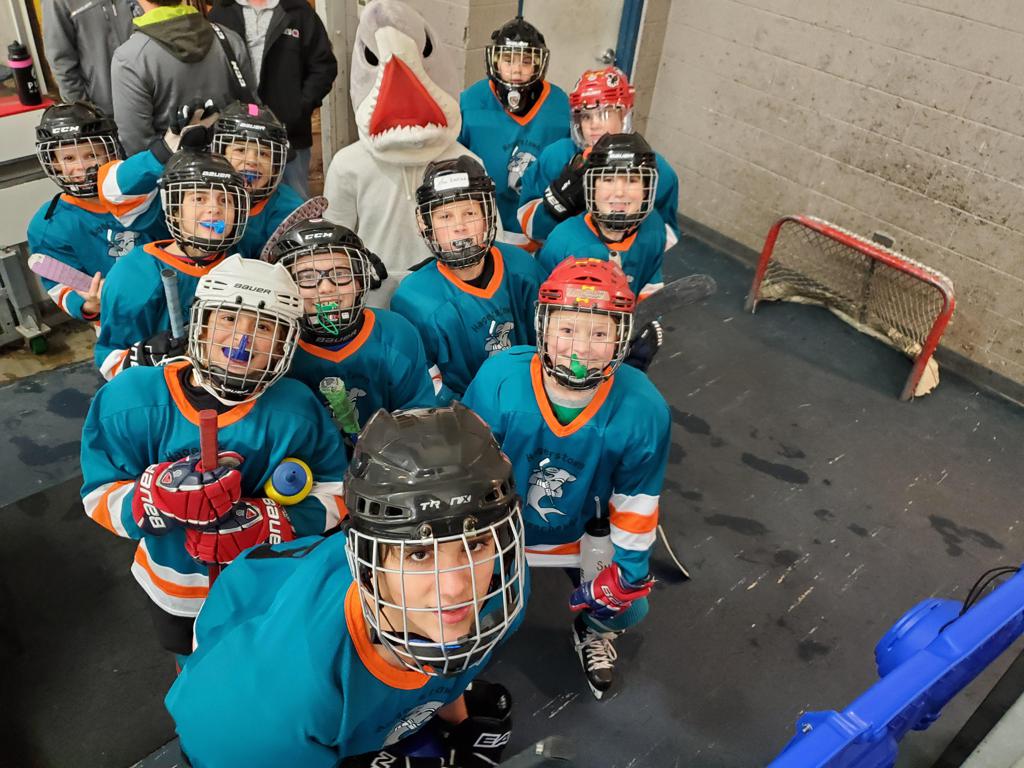